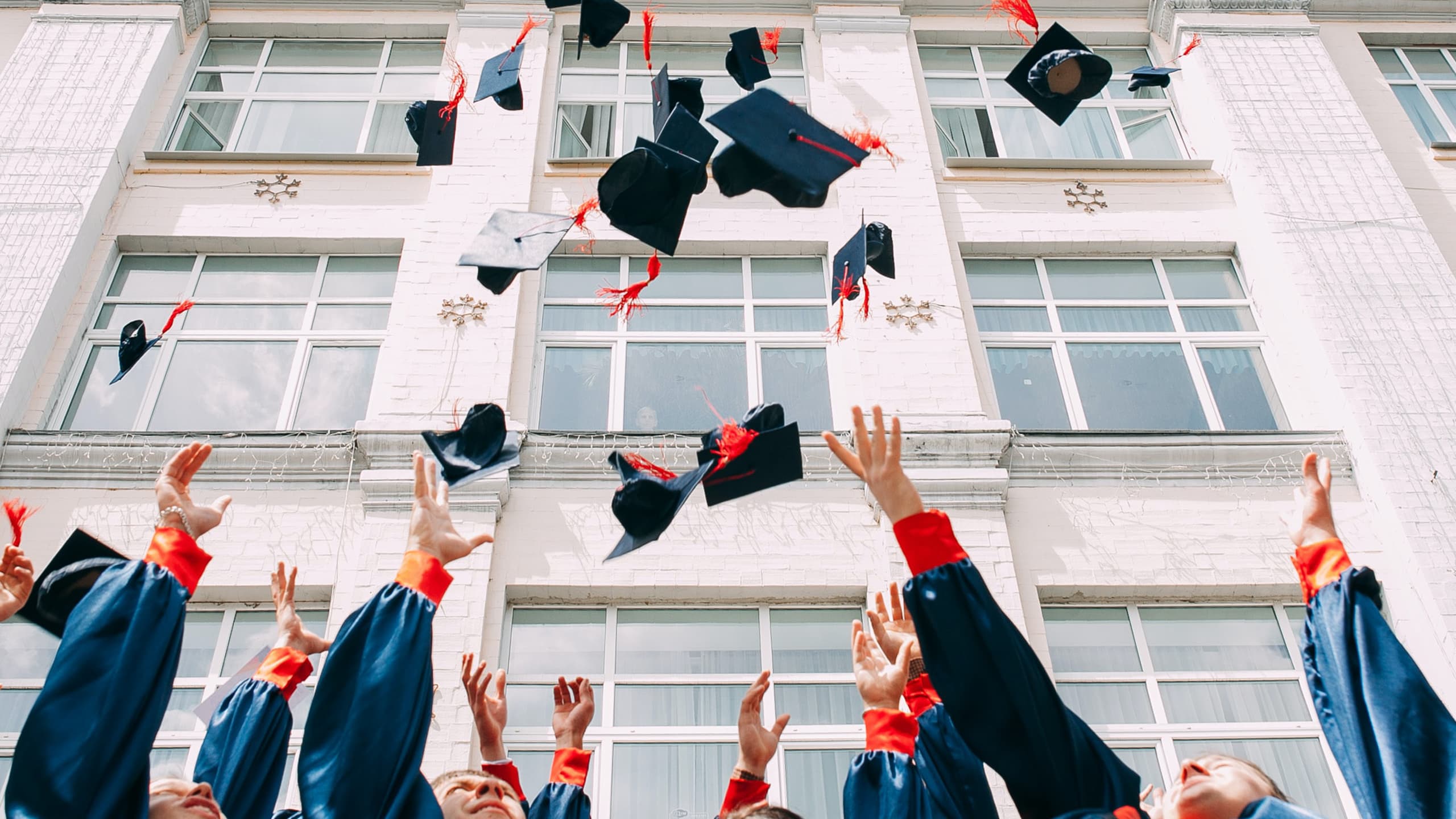 Why should universities participate in Horizon Europe?

IFE was asked to host an online session for the Business Fellow Network (BFN) which is organised by our customer Connected Places Catapult (CPC) to better understand the benefits and barriers of Horizon Europe to research institutions. The BFN has 13+ member universities from across the UK representing some of the most advanced research organisations. This blog will give you some insights into their thinking on collaborative European Grant Funding, the benefits, and barriers to university participation.

There is a 25% overhead rate for Horizon Europe funded projects – so universities receive 100% funding for their costs + an additional 25% overhead = 125% of costs covered. This can represent a challenge to universities whose overheads can be higher than this overall. It is likely that permission from the finance department or lead professor needs to be sought in order to agree to this 25% figure. This barrier can certainly be overcome – after-all, it is set internally, but some conversations will need to take place.

The audience consisted of universities from the UK so naturally Brexit was a topic of conversation. There was concern from the UK universities that preference would be given to non-UK participants (especially when a UK entity was the project coordinator). This has not been born our in the experiences of the members of the BFN though, Leeds University has had its most successful year in accessing EU Grant Funding in 2021 for example.

There was general agreement that working with organisations from Eastern Europe was being actively encouraged by the EU Commission to improve the chance of successful applications. We at IFE would echo this since the wider participation of Eastern European states has been highlighted as a key goal for the EU Commission under the Horizon Europe programme.

Interestingly, the UK universities are being encouraged also to seek funding opportunities with the US and Canada. This was seen as a trend and while it does not mean EU Grant Funding is being phased out, it is worth noting here that there is a change of empathises from the UK in this regard.

It was acknowledged that the average success rates under Horizon Europe are low – 17% was a figure shared with the group. While this is low, it should be noted that Innovate UK success rates are below 10% and SMEs face success rates at more like 3% – 7%. Of course success rates improve with practice, great consortiums and working with experienced EU Grant Writers.

In conclusion then, there was general agreement that EU Grant Funding, whilst it has its barriers, is a worthwhile pursuit for UK universities. It was evident that the members of the BFN are actively engaged in live EU projects and developing new applications for funding. From the perspective of IFE, based in Germany, we welcome collaboration with UK partners and hope to work with many BFN members in the coming years.

In 2019 the EU completed a comprehensive update of its energy policy framework to facilitate the transition away from fossil fuels towards cleaner energy and to deliver on the EU’s Paris Agreement commitments for reducing greenhouse gas emissions.

The agreement on this new energy rulebook – called the Clean energy for all Europeans package – marked a significant step towards the implementation of the energy union strategy, published in 2015.

Climate, Energy and Mobility is the focus for Cluster 5 in Horizon Europe. This clusters aims to fight climate change by better understanding its causes, evolution, risks, impacts and opportunities, and by making the energy and transport sectors more climate and environment-friendly, more efficient and competitive, smarter, safer and more resilient 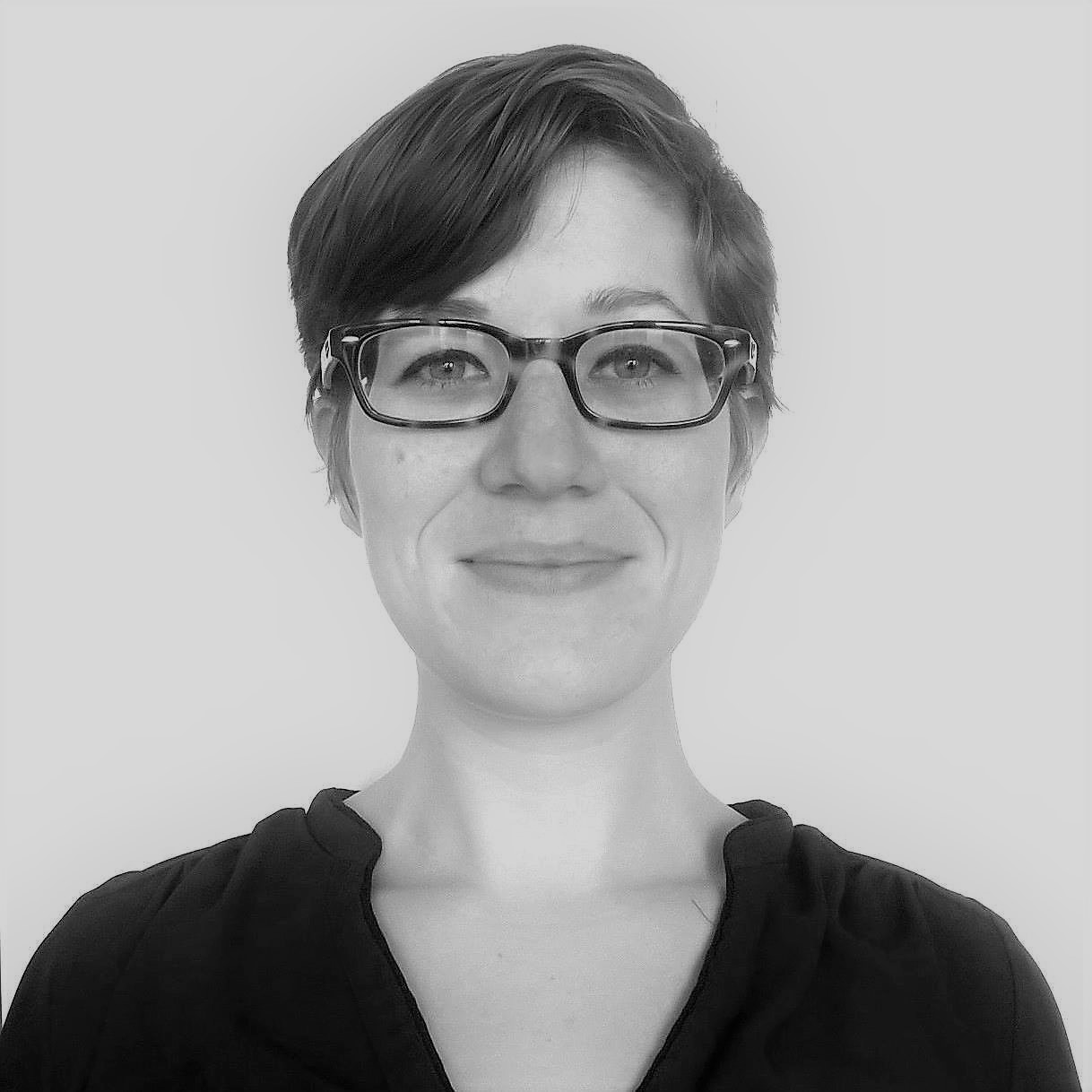 Sophie is a mission-driven, analytic, and reliable consultant. Her focus is on the development of projects, and writing public funding bids and grant proposals for R&D. She holds an MA in International Relations and European Studies and has a strong background in SME development and enabling SMEs and Start-ups to access markets and funding. Sophie has over 10 years of experience in EU funding and project implementation including international project development, tender and funding proposal writing, policy development, implementation, and project management. At IFE, Sophie is a Senior Consultant and Project Development expert. She aids companies in defining their R&D needs and aligning them to calls, this includes ideation and development of projects, consortium building and writing proposals for EU funding. 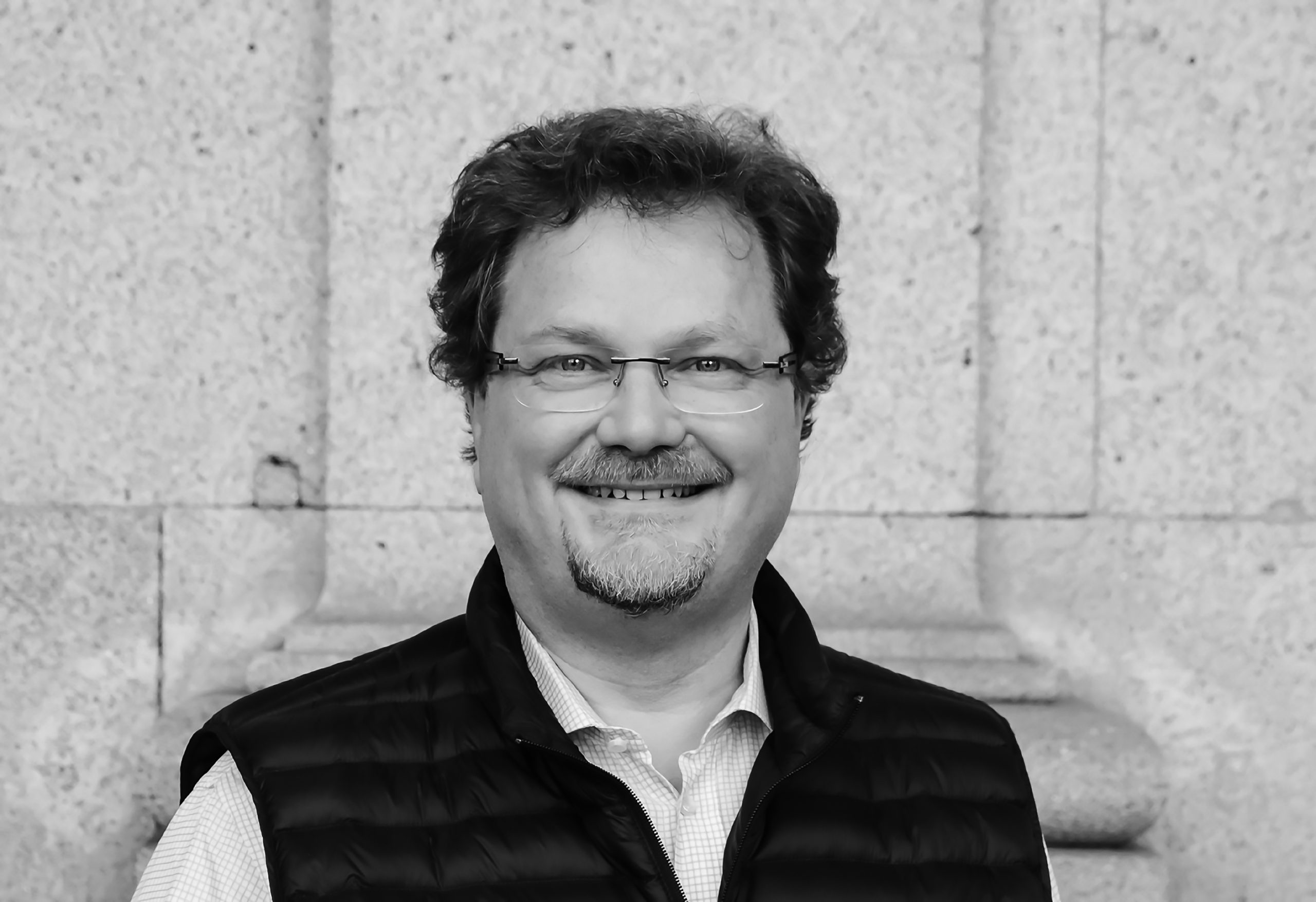 Olaf is an entrepreneur since more than 35 years. 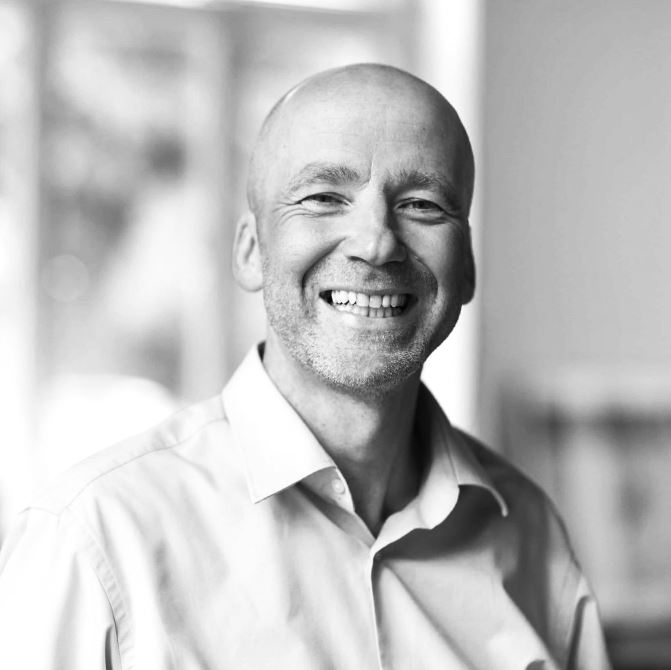 Peter holds a PhD in nature science (climate impact research), worked as a project manager for software development and as a freelance consultant. He is managing director and shareholder of Eisenschmidt Consulting Crew in Kiel, Germany. He is a specialist in transformation projects and works as a sparring partner for top executives. His focus in on strategy development, digital transformation and concept development. Peter is active as advisor for StartUps and Angel investor. At IFE he overlooks the entire process of community building, stakeholder management and is also responsible for the project kick-offs. 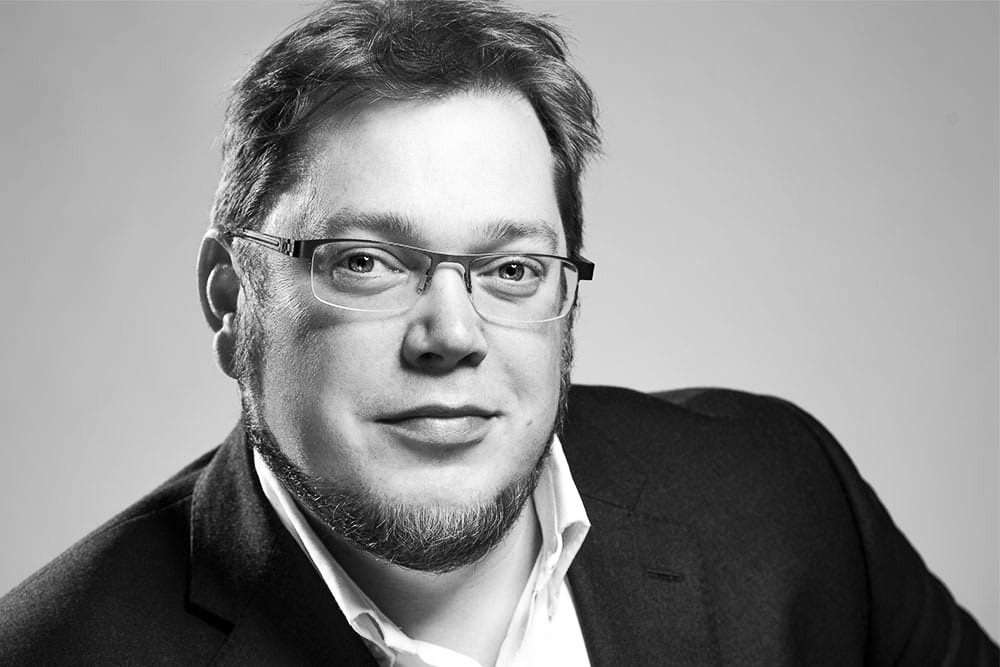 Alex has a BSc in Mathematics, Economics & Computing and has already built a market-leading R&D Funding Consultancy in the UK from 2009 to 2019. Alex has developed funding bids, mainly in the form of R&D Grant Applications, that have secured over €60m for clients operating at the forefront of technology innovation. Venturenomix, focuses on supporting Impact Ventures by offering specialist funding related consultancy services to ambitious people seeking funding for good projects. At IFE, Alex is Managing Director and responsible for all aspects of the business, in particular recruiting, mentoring and adding value to the EU Grant Writing Consultants working on multi-million Euro EU Grant Applications. 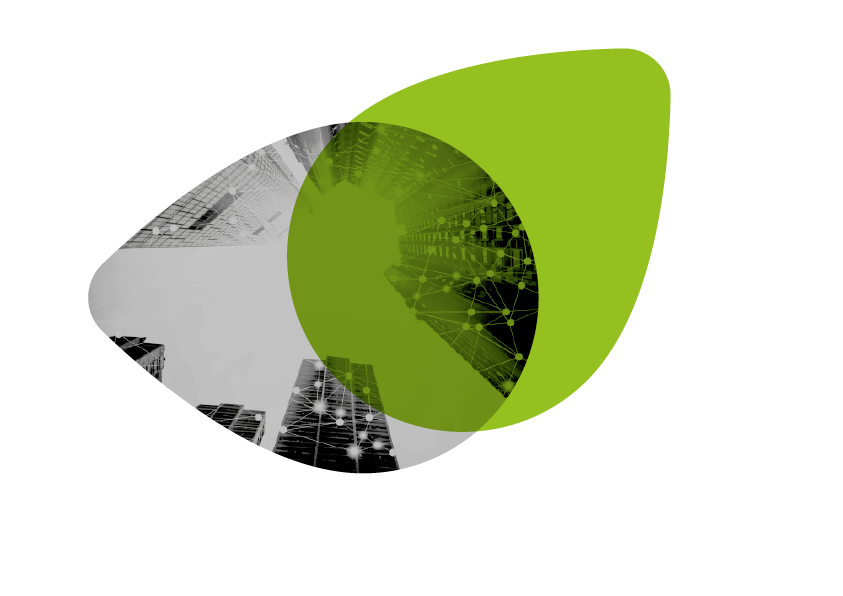 A smart city is a place where traditional networks and services are made more efficient with the use of digital and telecommunication technologies for the benefit of its inhabitants and business.

A smart city goes beyond the use of information and communication technologies (ICT) for better resource use and less emissions. It means smarter urban transport networks, upgraded water supply and waste disposal facilities and more efficient ways to light and heat buildings. It also means a more interactive and responsive city administration, safer public spaces and meeting the needs of an ageing population. Last not least, it aims to make a city a healthier, more sustainable and more attractive place to be for its residents and visitors.

More than half of the world’s population now lives in urban areas. This is expected to reach 80% by 2050. Cities and metropolitan areas are centres of economic activity, knowledge generation, innovation and new technologies. Cities influence the quality of life of citizens who live or work in them and they are major contributors to global challenges.

A mission in this area will help us meet the goals and targets set out by international policy frameworks such as the COP21 Paris Agreement, the UN’s Sustainable Development Goals (notably SDG11), the Urban Agenda for the EU and the Habitat III New Urban Agenda as cities play a key role in all of them. 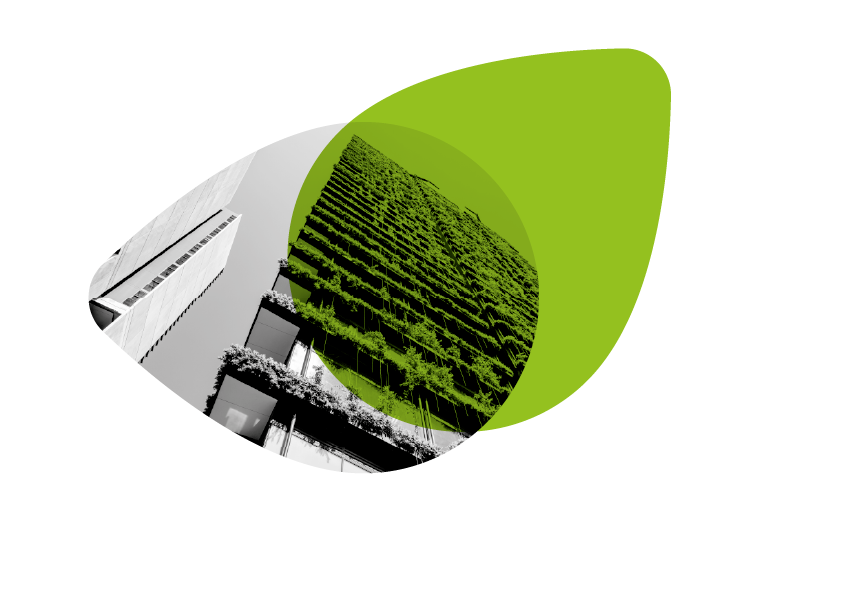 The European Green Deal sets out how to make Europe the first climate-neutral continent by 2050. It maps a new, sustainable and inclusive growth strategy to boost the economy, improve people’s health and quality of life, care for nature, and leave no one behind. 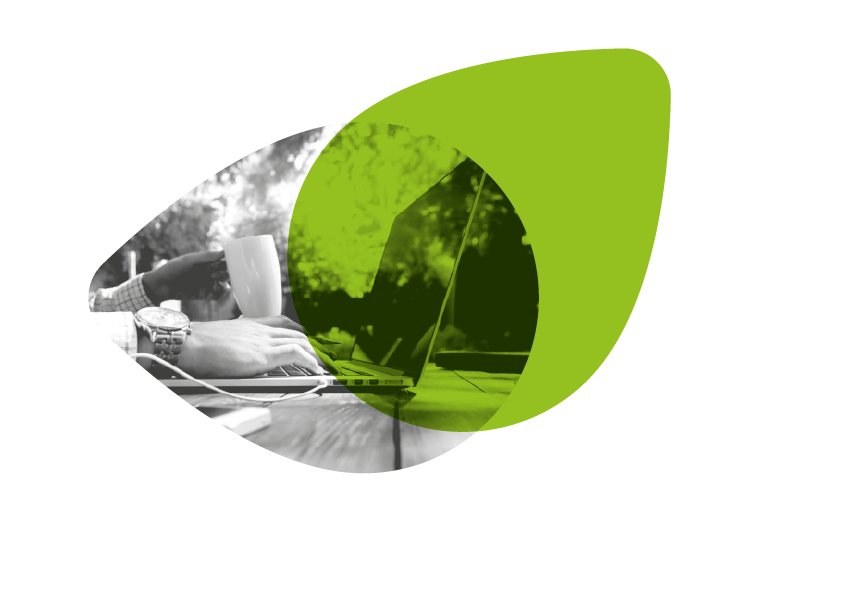 The success of Europe’s digital transformation will depend on establishing effective rules to ensure trustworthy technologies, to give businesses the confidence and means to digitise, and to ensure highest privacy standards for citizens. The Data Strategy and the White Paper on Artificial Intelligence are the first pillars of the new digital strategy of the Commission. They all focus on the need to put people first in developing technology, as well as on the need to defend and promote European values and rights in how we design, make and deploy technology in the economy.

The European strategy for data aims at creating a single market for data that will ensure Europe’s global competitiveness and data sovereignty. Common European data spaces will ensure that more data becomes available for use in the economy and society, while keeping companies and individuals who generate the data in control.

Cluster 4 in Horizon Europe is dedicated to Digital, Industry and Space. The overarching vision behind the proposed investments under Cluster 4 is that of Europe shaping competitive and trusted technologies for a European industry with global leadership in key areas, enabling production and consumption to respect the boundaries of our planet, and maximising the benefits for all parts of society in the variety of social, economic and territorial contexts in Europe.

This will build a competitive, digital, low-carbon and circular industry, ensure sustainable supply of raw materials, develop advanced materials and provide the basis for advances and innovation in  global challenges to society. 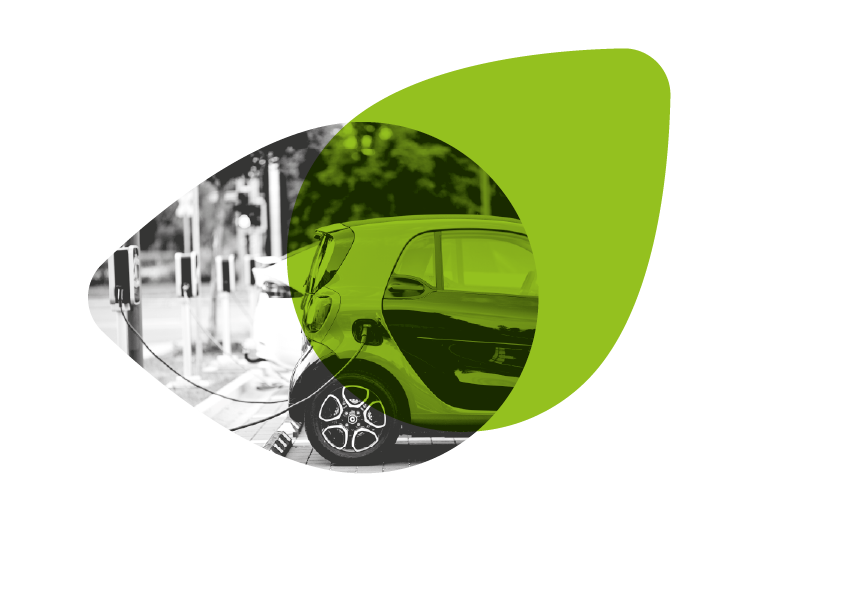 The European Green Deal calls for a 90% reduction in greenhouse gas emissions from transport in order for the EU to become a climate-neutral economy by 2050, while also working towards a zero-pollution ambition. To achieve this systemic change, we need to (1) make all transport modes more sustainable, (2) make sustainable alternatives widely available in a multimodal transport system and (3) put in place the right incentives to drive the transition.

Climate, Energy and Mobility is the focus for Cluster 5 in Horizon Europe. This clusters aims to fight climate change by better understanding its causes, evolution, risks, impacts and opportunities, and by making the energy and transport sectors more climate and environment-friendly, more efficient and competitive, smarter, safer and more resilient 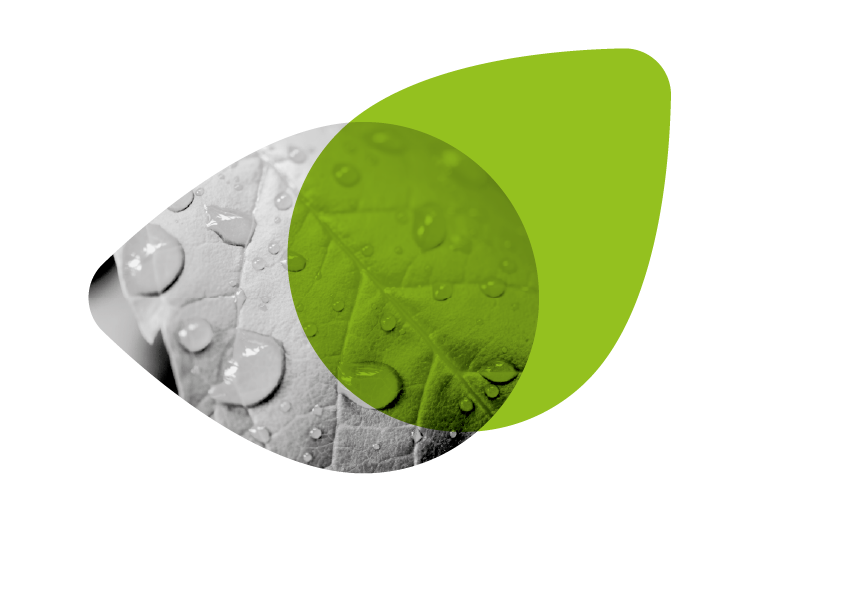 The Farm to Fork Strategy is at the heart of the Green Deal. It addresses comprehensively the challenges of sustainable food systems and recognises the inextricable links between healthy people, healthy societies and a healthy planet. The strategy is also central to the Commission’s agenda to achieve the United Nations’ Sustainable Development Goals (SDGs). All citizens and operators across value chains, in the EU and elsewhere, should benefit from a just transition, especially in the aftermath of the COVID-19 pandemic and the economic downturn. A shift to a sustainable food system can bring environmental, health and social benefits, offer economic gains and ensure that the recovery from the crisis puts us onto a sustainable path. Ensuring a sustainable livelihood for primary producers, who still lag behind in terms of income, is essential for the success of the recovery and the transition.

Cluster 6 under Horizon Europe ringfences innovation grant funding for Food, Bioeconomy, Natural Resouces, Agriculture & Environment. This cluster aims at reducing environmental degradation, halting and reversing the decline of biodiversity on land, inland waters and sea and better managing natural resources through transformative changes of the economy and society in both urban and rural areas. It will ensure food and nutrition security for all within planetary boundaries through knowledge, innovation and digitalisation in agriculture, fisheries, aquaculture and food systems and steer and accelerate the transition to a low carbon, resource efficient circular economy and sustainable bioeconomy, including forestry.